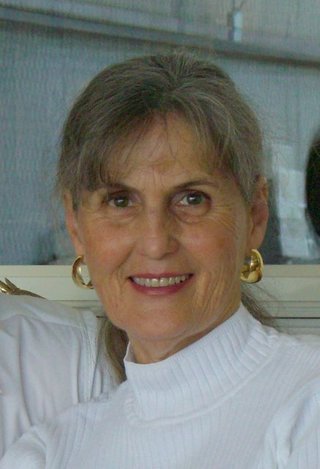 Lyn Fenwick is not only an award winning writer but also an attorney, having been licensed in Texas, Georgia, and North Carolina. Her writing skills, first exhibited in magazine and law review articles, were polished by the innumerable legal briefs she wrote as a practicing trial attorney. In law school she was a champion moot court advocate, a competition in which teams must be prepared to argue both sides in a fictitious legal case. She credits that experience with having helped her both as a trial lawyer and as a writer of nonfiction. "Understanding the strengths and weaknesses on all sides of an issue is essential," she says. "Whether you advocate a client's position or your own, your ability is enhanced by a willingness to investigate the viewpoints of all sides." It is that fair-minded approach that has made her readers trust the content of her books as both a reference source and a source from which their own opinions can be shaped.

Lyn married her high school sweetheart, and their careers have taken them to New England, the Southeast, and the Central Plains. The couple now divides their time between homes in Texas and Kansas. When she has time, Lyn enjoys drawing and painting, and her portraits of children are particularly treasured by their owners. Because she respects the importance of studying history for the lessons it can teach all of us, Lyn also enjoys genealogy research, placing her ancestors within the historical periods in which they lived. She and her husband have preserved a part of her own family's history by restoring the turn-of-the-century Victorian farm house built by Lyn's great grandmother and her paternal grandfather, the home in which she was raised.

Lyn's current project is researching and writing a history of the exciting years between the mid-1880s through the end of that century, centered on the life of a homesteader, inventor, agriculturalist, scholar, journalist and political activist named Isaac Beckley Werner. Isaac kept a daily journal which has allowed Lyn to follow his participation in the historic events of his time, personalizing her extensive research from other sources. Follow her research and writing at www.lynfenwick.blogspot.com.

Private Choices, Public Consequences: Reproductive Technology and the New Ethics of Conception, Pregnancy, and Family
An examination of the legal, ethical, and moral dilemmas of new reproductive alternatives.
Should the Children Pray? A Historical, Judicial, and Political Examination of Public School Prayer
Readers may answer the question the title asks with the benefit of historical/legal insights.