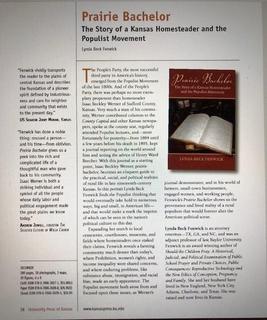 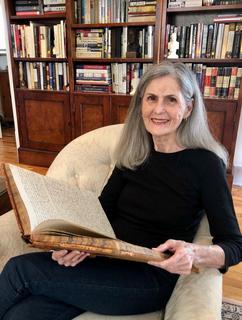 Lyn Fenwick began her career as an English teacher before attending Baylor University School of Law and becoming a practicing trial attorney.  During those years she honed her writing skills with magazine articles and legal briefs, a 1-act play, and a short story.  It seemed natural to write a book.  For her first book, she was chosen the Georgia Author of the Year in Nonfiction by the Council of Authors and Journalists, Inc.  Her second book was added to both  university libraries and personal collections.  These books show her gift for recognizing issues of current importance,  about which readers are concerned.

Lyn was not thinking about writing a third book when she picked up a 480-page journal kept by a homesteader in the late 1800s.  Thinking the journal might contain some information about her ancestors, she discovered instead a front row seat to the years when farmers, laborers, ranchers and miners were struggling to survive in a world increasingly controlled by the wealthy.  The thick, oversized journal documented day-by-day the struggles, the arrival of the populist movement, and the creation of the People's Party that became America's most successful third  party.  The entries are so forceful because they reflect the perspective of a man who lived them.  Lyn decided the journal of Isaac Werner should become the heart of a history of the Populist Movement.

Her research only began with Isaac's journal.  It continued with scholarly research, but as importantly, it included visits to the places where Isaac lived, cemeteries where he and his friends were buried, the newspaper for which Isaac wrote (turning the fragile, yellowed newspaper pages preserved in a county museum), geneaology research of not only the Werner family but also everyone mentioned in his journal, interviews of descendants, wandering the land Isaac homesteaded, visiting courthouses to read Isaac's probate records and trial transcripts he mentioned in his journal, and reading biographies and memoirs of populist politicians, as well as books of that era that influenced the movement.  Lyn chose to write a book for general readers, people much like Isaac and his neighbors, whose own ancestors may have been a part of the Populist Movement.  But, she also wanted scholars to find her book rewarding.

For ten years, her husband Larry shared Lyn with Isaac Werner.  Larry traveled with her to places Isaac had lived, walked the old country cemeteries with her, and tolerated being ignored as she crafted her manuscript.  Together, after years living in cities, they returned to and restored her childhood home, the turn-of-the-century Victorian farm house built by Lyn's great grandmother and her paternal grandfather.  Lyn's roots run deep in the land about which she has chosen to write.

Prairie Bachelor, The Story of a Kansas Homesteader and the Populist Movement was released December 2020 by the University Press of Kansas and is available through the publisher, in bookstores, and online.  Prairie Bachelor received a 2021 Kansas Notable Book Award from the State Library of Kansas.

Lyn's "Prairie Bachelor, The Story of a Kansas Homesteader and the Populist Movement," has been selected by the State Library of Kansas as a 2021 Kansas Notable Book.  The Award is given in celebration of the best of Kansas writing.  Recipients are recognized at the annual Kansas Book Festival.

Private Choices, Public Consequences: Reproductive Technology and the New Ethics of Conception, Pregnancy, and Family
An examination of the legal, ethical, and moral dilemmas of new reproductive alternatives.
Should the Children Pray? A Historical, Judicial, and Political Examination of Public School Prayer
Readers may answer the question the title asks with the benefit of historical/legal insights.
Loading…}